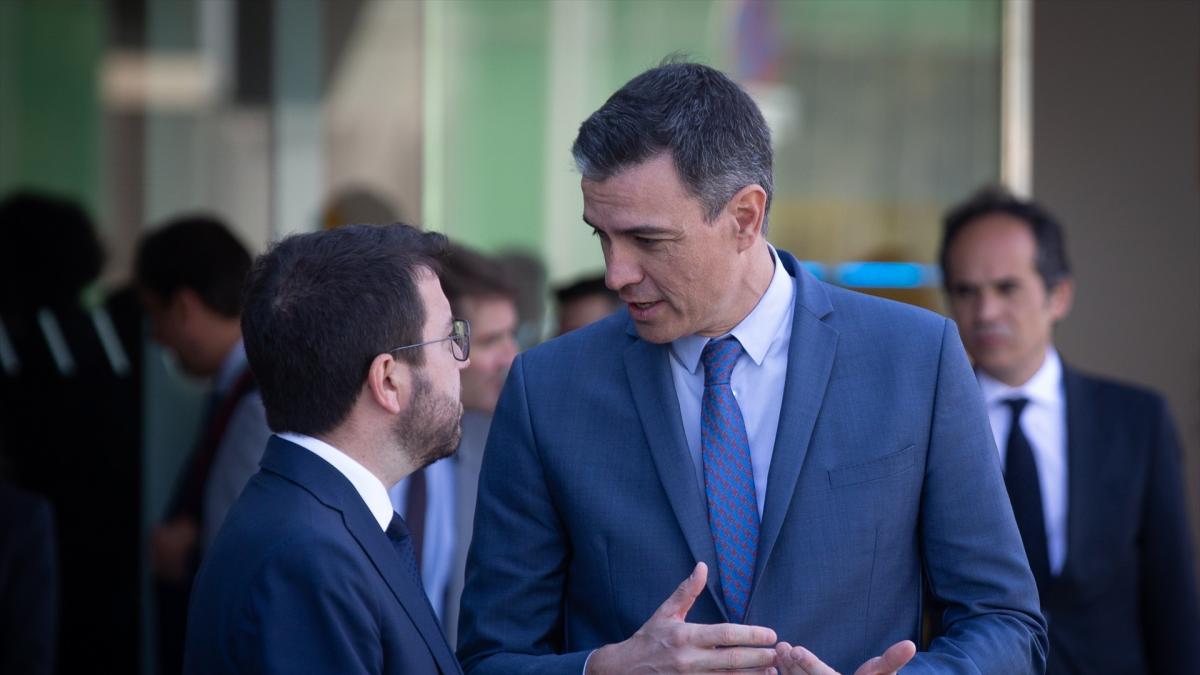 The reform of the Criminal Code that the PSOE and Unidas Podemos have proposed and that includes the suppression of sedition could also incorporate a reduction of the crime of embezzlement. This is how ERC wants it, which will propose an amendment in Congress in this sense that, if approved, would benefit those convicted in the trial of the process and also to the fugitives who are prosecuted for that crime. The Government of Pedro Sánchez has not ruled it out. On the one hand, the Minister of the Presidency, Félix Bolaños, affirmed yesterday that his party will study “in depth” any amendment that is presented to the reform proposal, while from United We Can they were in favor of lowering the penalties for those who make a illegitimate use of public funds but has not profited from it.

The demand came from the Catalan president, Pere Aragonès, who stated that the next step in the negotiation, once it has been agreed that the crime of sedition will disappear and be replaced by that of “aggravated public disorder”is to modify the embezzlement of public funds, illegal for which some of the leaders of the process like Oriol Junqueras.

Aragonès did not specify how he believes that said crime should be reformed, but he did propose reversing the 2015 reform by which embezzlement was assimilated to “unfair administration”punishing those who profit from public money in the same way as those who misuse it.

According to the Catalan president, in the coming days they will have to continue negotiating and “battling things, which do not fall from the sky.” “We will leave our skin, as we have always done”, he warned, to add that his intention is now to “fight” against the “perverse use” of embezzlement. Of course, then he qualified that “corruption must continue to be pursued vigorously, obviously.”

“As with any amendment, what will be done is study it in depth”, Minister Bolaños responded when asked about the ERC requirement. In no case did he rule out, therefore, that the Government is willing to also reform the crime of embezzlement. And the Minister of Education and spokesperson for the PSOE, Pilar Alegría, spoke in identical terms, saying that the parties are “free to present any amendment”, which will be “studied”.

After listening to the ministers, Aragonès himself valued as a “positive sign” the fact that “there is no ‘no’ for an answer” from Moncloa.

And while the PSOE prefers not to comment on a proposal that has not yet been formally raised in Congress, Unidas Podemos does have its own suggestion, considering that “the response of the Penal Code can not be the same“in cases where the embezzlement of public money leads to the “personal enrichment” of the embezzler than in those where this does not occur.

What Unidas Podemos defends is not the disappearance of the crime of embezzlement, which “is essential to prosecute corruption” and “must continue to exist.” What are they in favor of? purple is that the Penal Code differentiate between criminals who get “personal gain” by embezzling public coffers and those who are guilty of embezzlement with which, however, they have not enriched themselves. For these last cases, the president of the Unidas Podemos group, Jaume Asens, stated, the penalties should be less than the up to eight years in prison with which embezzlement is punished right now.

The possible reform of the crime of embezzlement for those who have not profited from public money would have another clear beneficiary, apart from the former pro-independence leaders: the former Andalusian president Jose Antonio Grinansentenced to six years in prison for the ERE case.

Since the Supreme Court confirmed the sentences for this macro-cause of corruption, the PSOE has always strived to make it clear that Griñán did not enrich himself with public money directed at early retirement. “He did not take a penny,” Pedro Sánchez stated after knowing the sentence.

Griñán is still waiting to find out if he should go to prison now, as requested by the Anti-Corruption Prosecutor’s Office, or the court that sentenced him agrees to wait for the pardon request that the former Andalusian president has addressed to the Sánchez Executive to be resolved.

winners who ended in ruin

“His life is already hard enough, as to have more barriers”

War in Ukraine: Forty days of attacks seen by satellite: the bombing that brings Mariupol to its knees | International
April 2, 2022

War in Ukraine: Forty days of attacks seen by satellite: the bombing that brings Mariupol to its knees | International

Patricia Bullrich: Alberto Fernández demands 800,000 dollars from an opposition leader for “damages against honor”
May 17, 2022

The whereabouts, the current situation and the OBSESSION of Íñigo Onieva in the middle of the scandal with Tamara Falcó
October 3, 2022

The whereabouts, the current situation and the OBSESSION of Íñigo Onieva in the middle of the scandal with Tamara Falcó

What are the symptoms of schizoaffective disorder, an illness that seriously affects relationships with others
September 29, 2022

New Popular Ecological and Social Union: A forced agreement for the French left | Opinion
May 6, 2022