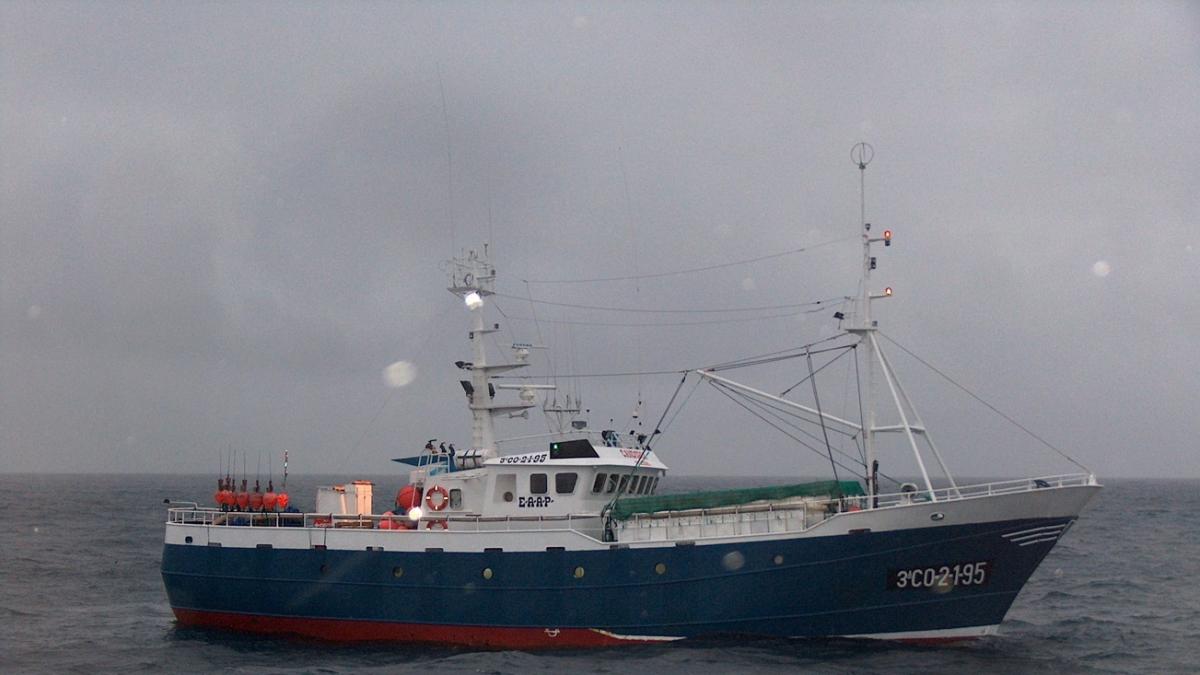 This Sunday comes into force European veto on bottom fishing while the sector has doubts about how it is going to apply this regulation and the Galician fleet warns that it will work “wherever they are left”.

The Minister of Agriculture, Fisheries and Food, Luis Planas, announced in Vigo that finally 41 of the 87 areas would remain outside the veto affected. Hours later, Brussels corrected the head of Fisheries and specified that what remains exempt from the ban are areas less than 400 meters deep of those areas, not the fishery as a whole.

For this same reason, the Galician fishing sector has shown his “doubts” on how this measure imposed by Europe will be applied, despite being “good news”, since fishing will be allowed in those areas where the depth is less than 400 meters.

“This change shows that the norm is crap. Three days before it comes into force, these things are said,” lamented the president of the European Bottom Fishing Alliance, Iván López. He also stressed “that in many fishing grounds there are areas with depths between 0 and 400 meters and others with 400 to 800 meters, which explains the complexity” to know how the inspection authorities will proceed in such cases”.

Looking at how the fleet will act this Monday, López added that they will continue working “wherever they let them”since it is a “resilient” sector that aims to “meet” the needs of consumers to offer fish for the upcoming Christmas season.

Along the same lines, the president of the Shipowners Cooperative of the Port of Vigo (ARVI), Javier Touza, and the manager of the Organization of Fishing Producers of Burela (Lugo), Sergio López, agreed to continue with the diplomatic and judicial channels to request the elimination of this rule.

An impact of 816 million euros and 4,400 Galician fishermen affected

In total, the regulation will affect some 4,400 Galician crew and will have a global impact on the economy of the community of about €816 millionaccording to the calculations of the Xunta from the ‘Input-Output’ tables of Galician fish-canning 2019.

Since its approval and the publication of the regulation, “by surprise” and in “bad faith”, according to the regional Executive, the head of Mar, Rosa Quintana, and the Galician president himself, Alfonso Rueda, have requested the stoppage and revision of the normfor the negative socioeconomic effects that mainly affect regions such as A Mariña, Ribeira and Vigo.

In the opinion of the Xunta and the shipowners, who have met together with legal experts in recent weeks, the last time this Friday, the ban is ill-conceived, with outdated reports and is overreachingboth in arts as in species and depths affected. It also stems from a “misunderstood” environmentalism.

That is why the Xunta has delivered to the sector and has sent to the General Secretariat of Fisheries a 57 page document which contains an argument to substantiate the appeal.

For its part, the central government has been reacting to this movement in parallel to the pressure exerted by communities such as Galicia, to the point that this week it confirmed that it will file an appeal before the Court of Justice of the European Union, understanding that is a “unfair” regulation and based on scientific information “insufficient and old-fashioned.

However, it has not submitted a request for a moratorium on its entry into force, so the rule will be in force as of this Sunday. For appeal has until mid-November, 60 days after the publication of the regulation, on September 19.

The Minister of the Sea, as the days passed and in line with the requests of the fleet, advocated a moratorium that would delay the entry into force of this prohibition for vessels for at least two months, especially when see in danger the Christmas campaign.

However, both Minister Planas and the General Secretary of Fisheries, Alicia Villauriz, ruled out this route, which they do not see as “feasible”, due to the autonomy of the European Commission to adopt the decision it made.

This Friday, the minister recognized that the veto may have “some incidence” in prices, although he stated that we will have to “see how things happen” in relation to volumes and catches.

“Terror is not limited to our national borders”

Brussels denies the freezing of funds to Spain: “That statement is unfounded”
October 14, 2022

Brussels denies the freezing of funds to Spain: “That statement is unfounded”

Russia warns the US that sending arms to Ukraine will have “unpredictable consequences” | International
April 15, 2022

They find 82 migrants crammed into a cargo truck in Mexico

The ECB redoubles efforts against inflation and raises rates 0.75 points more despite fears of a recession in Europe
October 27, 2022

The ECB redoubles efforts against inflation and raises rates 0.75 points more despite fears of a recession in Europe

Government and autonomies park the decision to remove the mask in transport after the technicians rule it out for the moment
October 7, 2022

The 20 most mysterious places in the world

“It was difficult, I was very alone in Madrid”

“Mental safety is key in the Olympic Games and in life”