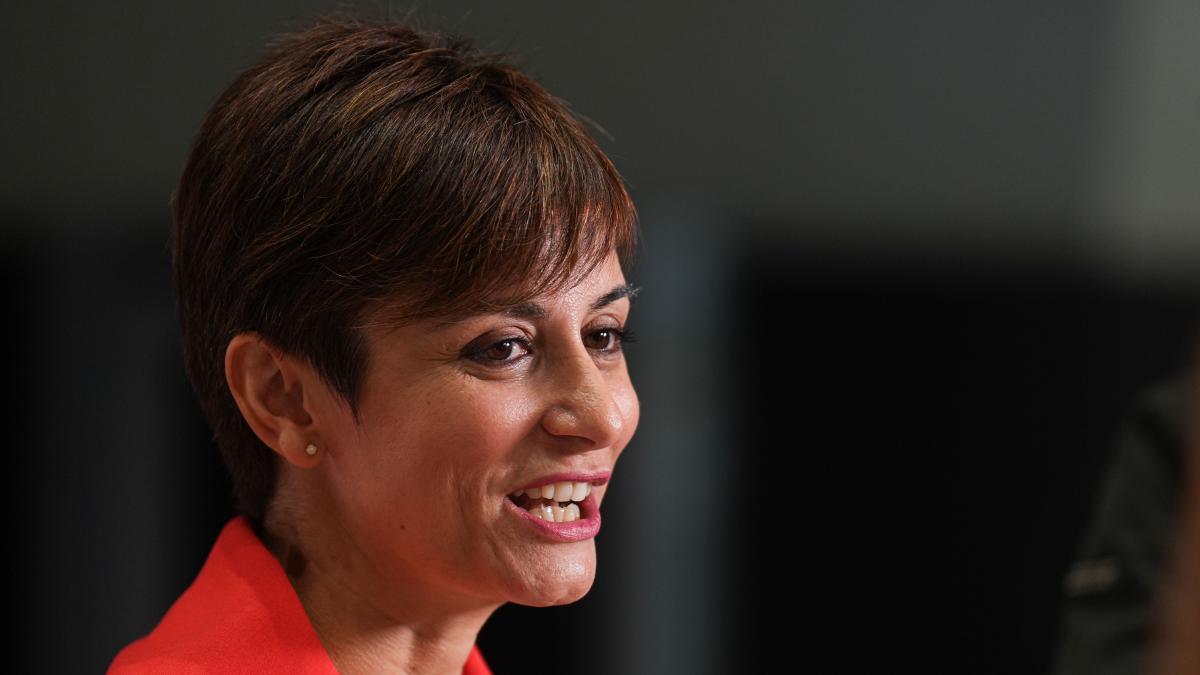 The government spokeswoman, Isabel Rodríguez, assured this Sunday that the General State Budgets are “very advanced” and they will go in the line of protect the middle and working classeswhich is why he trusts that they will be approved in Congress by the “progressive majority” that supports the Government.

As a member of the PSOE Executive, Rodríguez made these statements this Sunday at the party’s headquarters, where he defended the Tax reduction on income between 18,000 and 21,000 euros and the creation of tax for large fortunesof more than 3 million euros.

To questions from the journalists, the also Minister of Territorial Policy did not want to confirm or deny that the Council of Ministers is going to approve the Budgets this Tuesday, but she did say that her writing is very advanced and that the Executive maintains its commitment to have them approved “in a timely manner” so that come into force on January 1, 2023.

“The work is very advanced, the project is very clear. They will be general state budgets along the lines of what we have been working on up to now protecting the middle and working class and expanding the welfare statewhile we are going to continue deploying European funds”, explained the minister, who pointed out that the public accounts will seek also accelerate the energy transition.

The Government spokesperson explained that “tax policy carries with it a fairer social policy in which those who have the most give more, and that in times of instability must give more peace of mind to protect the welfare state and families, the self-employed and companies.

Rodríguez assures that the fiscal reforms of the Government they are “social democrats” and are covered by European institutions and by other Member States of the European Union “governed by the moderate right”.

“Thanks to this fiscal debate, the models can be contrasted: it can be contrasted Rajoy’s model, which is Feijóo’s model” with that of this Executive, the socialist has said in reference to the policies of the PP Government in the previous crisis.

“In times of crisis the largest layoffs in history, the highest unemployment rate, by the way, with workers without benefits. (…) It was when scholarships were reduced, dependency aid was reduced, when we went backwards in rights and freedoms, and we have a very different model: our model is to strengthen the welfare state”has defended.

Our model is to strengthen the welfare state”

On the other hand, he has hoped to reach a great agreement with the political groups about budgets. Once approved by the Council, he said that they will be presented to the groups “so that they can be improved, as always”. In addition, he added: “Of course we trust, as has been the case in recent years, that progressive forces in Parliament support these budgets”.

Daniel Zamudio: A homoerotic mural in a public park in Santiago reopens the debate on the limits of art | International
March 24, 2022

Daniel Zamudio: A homoerotic mural in a public park in Santiago reopens the debate on the limits of art | International

Keys from the NATO summit in Madrid: Russia, enlargement and terrorism | International
June 28, 2022

Keys from the NATO summit in Madrid: Russia, enlargement and terrorism | International

Hugo Paz and Tania set the Island of Temptations ON fire with their most sensual dance
October 6, 2022

Albert Batet, from Junts, warns in his reply to Aragonès that “October 1 is the way to go”
September 30, 2022

Albert Batet, from Junts, warns in his reply to Aragonès that “October 1 is the way to go”

Chinese President Xi Jinping calls for “maximum containment” in Ukraine to prevent the situation from getting “out of control” | International
March 8, 2022

Arnaldo Otegi considers it “supremacist” to impose the Spanish language, flag and homeland

The ‘secret’ estate that the princes of Wales have inherited after the death of Elizabeth II
October 2, 2022