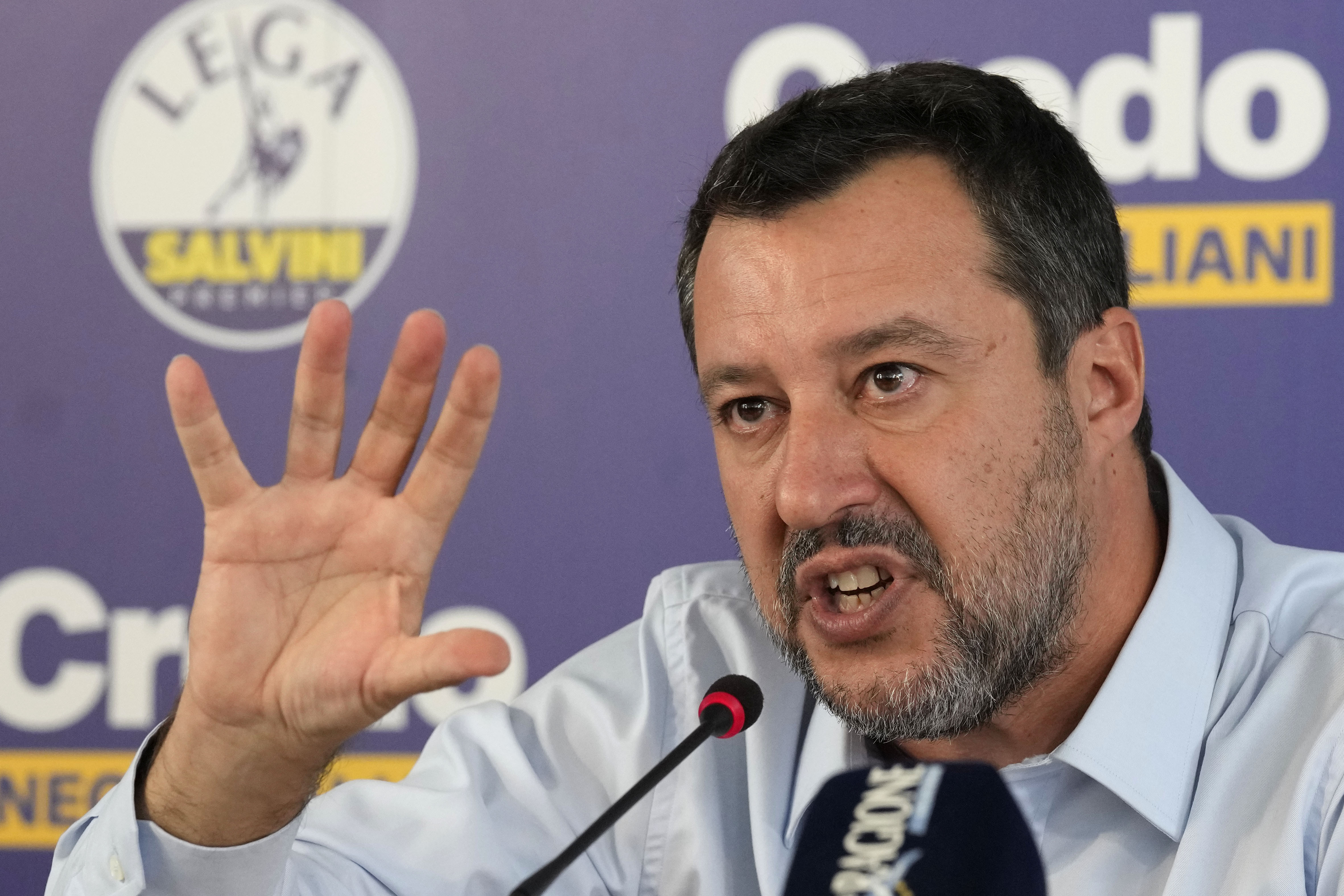 The League was never a party where internal battles or criticism of the leader of the day were allowed. In reality, it has only had two big names: Umberto Bossi, who founded the old Northern League in 1991, and Matteo Salvini. No one ever dared to publicly question Bossi’s successor, who undertook a daring political revolution within the formation, transforming it into a national electoral artifact and renouncing its autonomist essence. Today, with a catastrophic result in Sunday’s elections (8.9% compared to the 33% he obtained in the last European elections), Salvini’s journey seems to be reaching one of his last stops. The barons of the north, who already demanded that he return to the autonomist essence of the party just two weeks ago, will want to pass the bill on to the leader of recent years. The man whom the militancy called until recently captainhas happened in one night to become a mere gregarious.

Salvini, visibly uncomfortable, tried this Monday to justify the results. He pulled numbers, town halls, seats… he Claimed the heritage of the League. But his face said it all. “The data does not satisfy me. 9% was not the data for which I have worked, ”he pointed out. The reasons for the fall? “The opposition has been rewarded,” he said, referring to the refusal of the victorious Giorgia Meloni, leader of the Brothers of Italy, to enter Draghi’s unity government. “Brothers of Italy has been doing well making a strong opposition. For the militancy of the League it has not been easy that we were in that government for two years”.

Would you do it again? they asked. “Yes, it seemed fair to me to do it in the pandemic. I put the interests of the country before those of the party. But it has cost us dearly. We have a wide margin of recovery”, he insisted, stressing that the absolute majority achieved by the right is also thanks to their votes.

The League has been the most punished party in these elections. Its result – practically the same as that obtained by a moribund Forza Italia – constitutes a humiliation for the one who only three years ago was Vice President of the Government of Italy and almighty Minister of the Interior. With the meager 8.9% obtained in the elections and increasingly further away from his partner Meloni, Salvini will have to render an account before his militancy. But, above all, before the barons of the north, such as the governor of Veneto, Luca Zaia, or that of Friuli-Venezia Giulia, Massimiliano Fedriga. All of them, with the growing suspicion that the result would be bad, asked him two weeks ago to recover the northern agenda. In some of these regions the result is disastrous. In sacred fiefdoms of the League, such as the Veneto region, Brothers of Italy has doubled Salvini’s numbers. A situation that can also bring turbulence to the coalition that he forms with Giorgia Meloni.

The leader of the League, humiliated in the electoral recount, will now have to exaggerate his movements and gesticulate strongly to remember his members and the militancy that is still there. His weakness can weigh down Meloni’s strength and, especially, his intention to maintain a line of institutional responsibility. It is possible that Salvini will insist on being decisive in the formation of the Council of Ministers and that he will request the Ministry of the Interior for him. And there the sparks could fly, then starting the problems to form a solid Executive. It is worth paying attention to that flank and possible replacements, which could come from the so-called Third Pole (formed by Matteo Renzi and Carlo Calenda).

In recent years, Salvini had managed to build a fearsome electoral machine and, as Minister of the Interior, opened an unprecedented confrontation with the European Union over his refusal to allow NGO ships to enter Italian ports rescuing migrants in the Mediterranean (it still has two processes open on this issue). But his ideological lurches, his increasingly exaggerated outbursts and the wear and tear caused by being in two of the three governments of the last legislature have severely penalized him at the polls. Most of the votes that the League has lost have served to feed the coalition partner and, at the same time, his rival, Giorgia Meloni. Now he will have to bow to his will and his desire to return to being Minister of the Interior will be complicated. “I have summoned the Federal Council of the League and I will listen to everyone. From tomorrow I will go province by province to listen, “he launched in his appearance on Monday.

Salvini will be able to camouflage his poor result for a while amid the victory of the right-wing coalition. But little by little criticism will emerge and a leader who had worked a miracle not so long ago will be questioned. When he became leader of the Northern League in 2013, the party did not exceed 4% in the polls. The politician, with little experience in the Milan City Council and on the party’s radio, understood that he had to change, grow and take advantage of the fear that was taking hold of Europe at the time: immigration, middle class crisis, unemployment… He transformed the party in a national artifact and allied in Brussels with a squad of ultras: Marine Le Pen in France, Geert Wilders in the Netherlands or Alternative for Germany in Berlin. The northern barons gritted their teeth, privately protested. Bossi distanced himself from Salvini and they ended up having a terrible relationship. The plan had nothing to do with the Northern League or with its autonomist identity. But the electoral abundance, which allowed the formation to become the most voted force in the 2018 European elections and to have a vice-presidency of the Council of Ministers, silenced the complaints. Until now.

Sex and The City: ‘And Just Like That’: five hours with Mr. Big | Culture

Tunisia votes in a referendum a Constitution tailored to the president | International
July 25, 2022

Ukraine and NATO warn of a resurgence of the Russian offensive in the East | International
April 6, 2022

Home remedies for dry cough and itchy throat
2 weeks ago

United States: Biden will finance the increase in defense spending with a new minimum tax of 20% on the richest | Economy
March 29, 2022

United States: Biden will finance the increase in defense spending with a new minimum tax of 20% on the richest | Economy

Ana María Aldón confirms her break with Ortega Cano and clarifies what is the relationship they currently maintain
October 2, 2022

“After the first date with Miguel, I thought we would never see each other again”
3 days ago

“After the first date with Miguel, I thought we would never see each other again”

They find remains of a saber-toothed tiger and a million-year-old mammoth in Tarragona
September 29, 2022