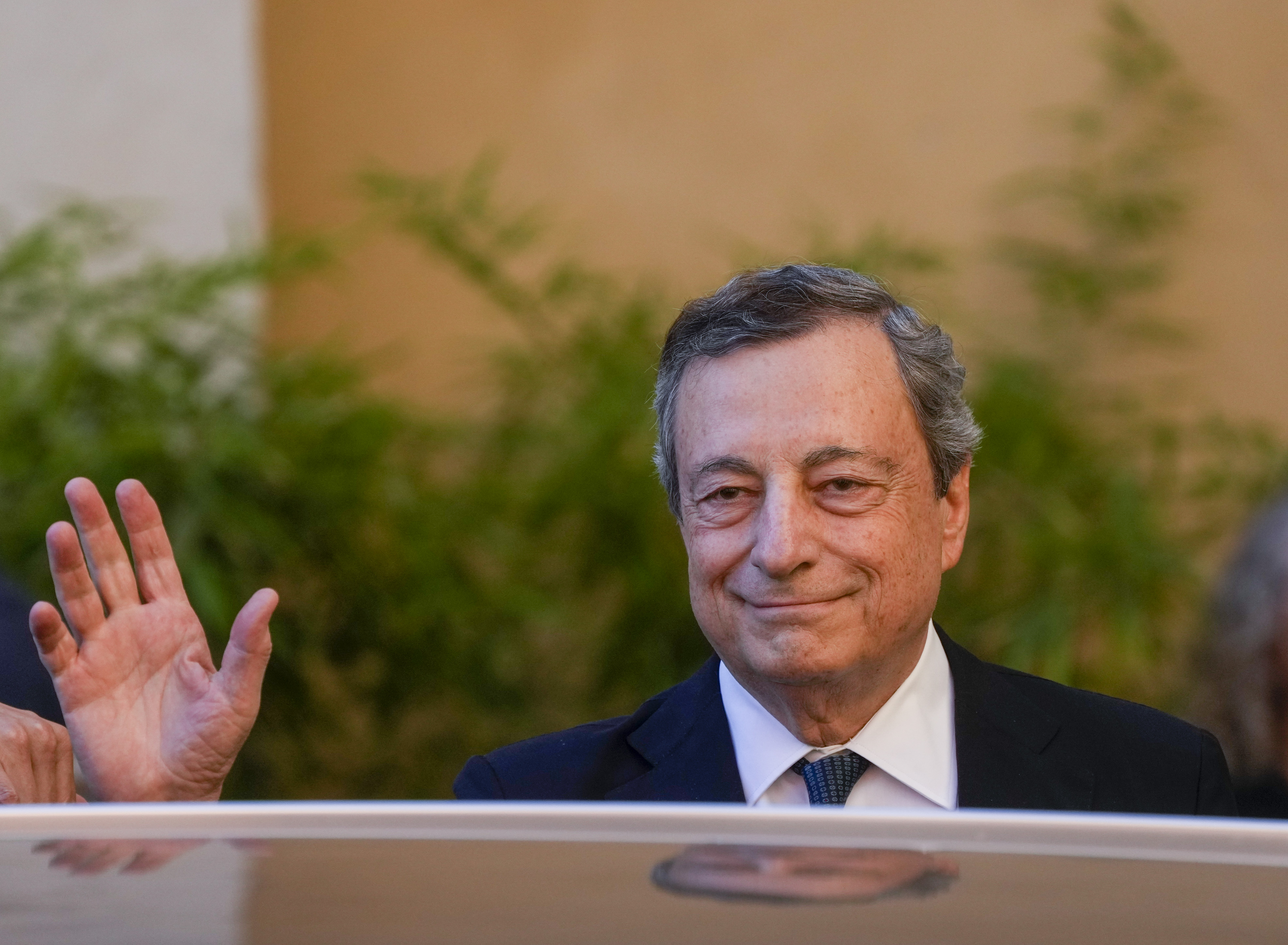 The mission is almost impossible. The President of the Republic, Sergio Mattarella, has only five days to weave a favorable political scheme that will convince Mario Draghi to resign the resignation that he presented to him last Thursday. A plan that avoids the third government crisis in the same legislature. But there is hardly any margin. The alternative is elections in October, perhaps one of the worst moments in recent years. Italy must complete the reforms agreed with the European Union, deal with runaway inflation, design a budget law that shields the accounts and maintain the line of the EU in the pulse of Russia with the conflict in Ukraine. If there were elections in October, in addition, the far-right Giorgia Meloni, leader of the Brothers of Italy, would be the best placed.

Draghi presented his resignation on Thursday afternoon to his ministers and the head of state after 17 months in office: the third government of the legislature. The decision of the 5 Star Movement (M5S) to be absent during the vote on a decree that contained a provision in which they disagreed was the straw that broke the camel’s back. Especially because it included a motion of confidence in the Unity Executive, to which the crickets for 17 months. Draghi explained it to his ministers in this way: “The majority of national unity that has supported this government since its creation no longer exists. These days, for my part, there has been the maximum commitment to continue the common path, also trying to find agreements for the demands that the political forces made of me. But this effort has not been enough.

There are two main scenarios. The most favorable for stability is that Draghi appears in the Chambers next Wednesday – after a crucial trip to Algeria to close the increase in gas supply – and submits to a confidence vote organized by the majority of parties. He would surely surpass her, but it is not clear if that would make him change his mind or if he would agree to lead a second government (fourth of the legislature). The prime minister, according to those who have spoken with him in recent hours, “is very convinced of his decision.” He would help him modify it, of course, check how his fright has triggered the risk premium (close to 225 points) and the stock market collapsed. The second possibility, simply, is that he confirms his resignation and there is no other choice but to call elections in October, a scenario that seems ever closer.

Draghi’s environment is pessimistic. Remember that if he did not resign definitively on Thursday, it was fundamentally because he had the trip to Algeria on Monday and Tuesday. In the last few hours, they point out, the prime minister remains “very skeptical” about the possibility of backing down. “National unity was very important because it is an emergency government, a technocrat arrived from outside that nobody has elected. Democratic legitimacy is given to you by that broad unity. But in addition, Draghi is very aware that a government with technical leadership has limits: you need the unified support of the parties. Otherwise, what can you do?” The idea of ​​continuing with a different majority does not please the former ECB president either, who has always said that “Italy does not need an executive, but an Executive to do things.” So, although his environment does not definitively close the door, the situation is extremely complicated.

The President of the Republic tried to persuade him on Thursday afternoon by reminding him that he still has the numbers to move forward. But he didn’t want to push too hard. He is also aware, sources from the Quirinal Palace point out, that trust has been broken in the unity Executive that he designed 17 months ago and that the work he started should finish in the fall. The climate is one of absolute pessimism and the Presidency of the Republic is beginning to prepare for an election scenario in October. “He is aware that the political conditions do not exist, that Draghi has stopped trusting some of his partners. Mattarella tried to convince him, but without violating him. The same sources point out that the head of state hopes that the political parties can change Draghi’s mind in the coming days. But it is getting more and more remote.

Mattarella tried to convince him, but without violating him, ”point out sources from the environment of the head of state

Draghi will also receive pressure from the community and Atlantic partners. First, because Italy must fulfill the commitments made with the EU to receive the almost 230,000 million euros in aid from the European recovery fund. The reforms are not finished and many of the plans for concrete projects are not drawn up. The president of the European Commission, Ursula von der Leyen, has already expressed twice in 24 hours that she works “very well” with Draghi. But, in addition, the Italian Prime Minister had become in recent weeks an indispensable figure for European pressure on Vladimir Putin in the war in Ukraine.

The resignation of Boris Johnson, the weakness of Foreign Minister Olaf Scholz on the issue of the war in Ukraine and the internal problems that Macron is going through in France have turned Draghi into a kind of last moral frontier of the European opposition to Putin. The first to celebrate Draghi’s resignation, precisely, was the former Russian president and prime minister, Dmitri Medvedev. In a post on social networks he posted the photo of Johnson and the Italian with the question: “Who will be next?”. The Russian Foreign Ministry spokeswoman also assured that she expected the Italian people to have a government that does not serve the interests of the Americans and deals with solving the problems created by its predecessors. Two gestures that underline the importance that Draghi’s resignation has in this conflict.

The last mission of Raúl Castro: that Cuban socialism survive its founders | International

This is the life of Cristiano Ronaldo’s brothers

By admin
Recent Posts
Latest News
Facebook Twitter WhatsApp Telegram
Back to top button
Close
Featured Posts
Scholz, in his speech to the Germans on May 8: “I am convinced that Putin will not win the war” | International
May 8, 2022

Scholz, in his speech to the Germans on May 8: “I am convinced that Putin will not win the war” | International

Jonas Lucas Alves Dias: Murdered after an extortion attempt a Brazilian who became a millionaire by winning the lottery | International
September 21, 2022

Jonas Lucas Alves Dias: Murdered after an extortion attempt a Brazilian who became a millionaire by winning the lottery | International

Russia admits that it will not resume supplies to Europe through the Nord Stream gas pipeline | International
September 5, 2022

The dried fruit that helps to lose weight and is a gastronomic delight, according to a study
7 days ago

The dried fruit that helps to lose weight and is a gastronomic delight, according to a study

The electoral campaign in Colombia is tense due to inconsistencies in the pre-count of votes and allegations of fraud | International
March 20, 2022

Last minute of the war, live | Guterres will travel to Ukraine on Thursday to meet with Zelensky and Erdogan | International
August 17, 2022

Last minute of the war, live | Guterres will travel to Ukraine on Thursday to meet with Zelensky and Erdogan | International

They discover a super-Earth with scorching temperatures and possibly without an atmosphere 65 light years away
October 17, 2022