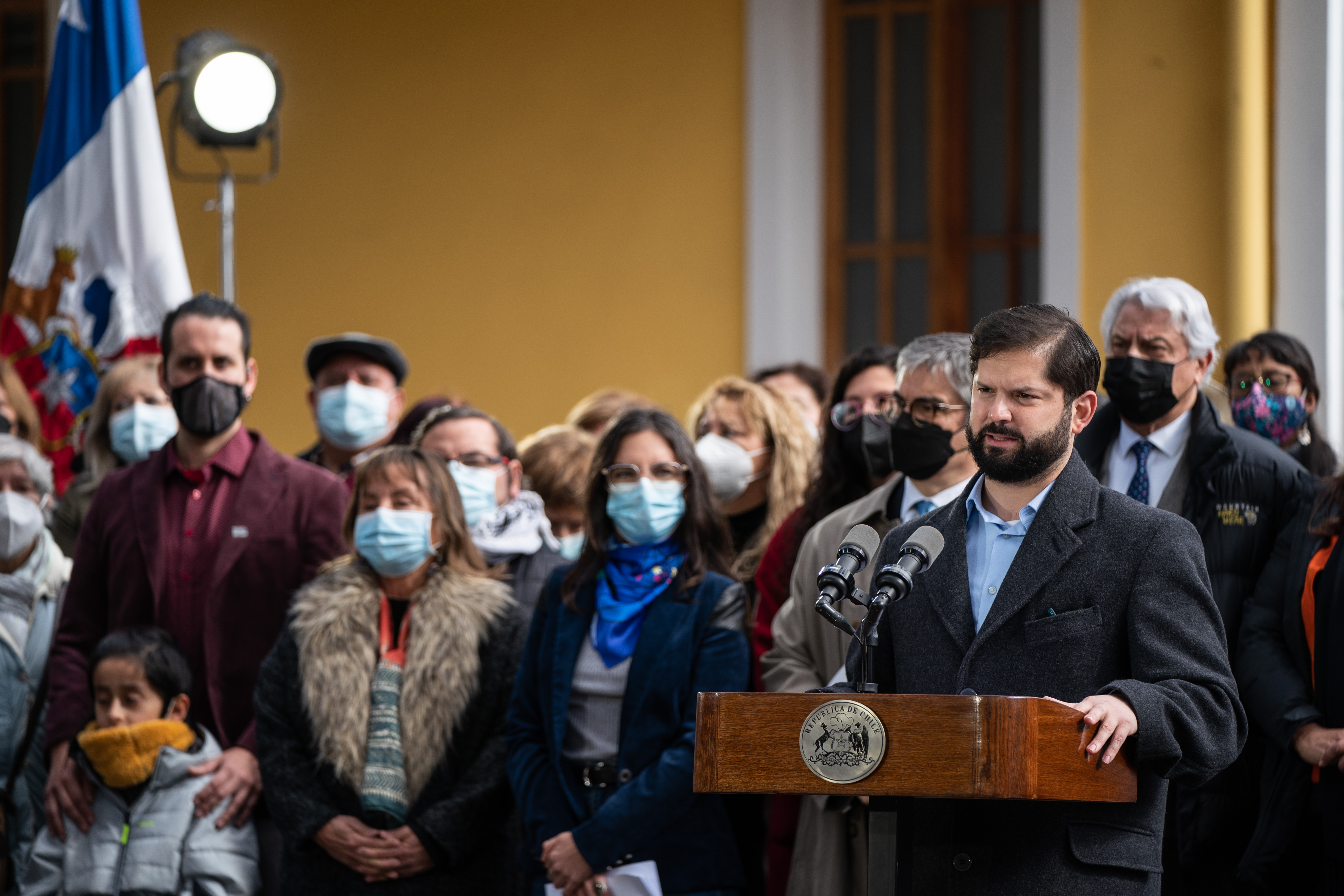 In the midst of a complex economic panorama in Chile, with the highest inflation in the last 28 years and the risk of recession in 2023, the Government of Gabriel Boric announced on Monday a package of measures to help part of the population overcome the rise of the cost of living. Four months into his term, with a 60% rejection rate according to the Pulso Ciudadano survey released on Sunday and weeks before the constitutional plebiscite on September 4 —which has increased uncertainty, as the president himself acknowledged—, the Chilean executive announced a winter bonus of about 120 dollars for 7.5 million people, the most vulnerable in the country (Chile has a population of 19 million).

In parallel, other measures were reported, such as the extension of the Emergency Family Income (IFE), a benefit granted to workers who formally enter the labor market, which will last until September. Postnatal permits that are about to expire will be extended until this same date. In addition, the validity of the labor subsidy for mothers and fathers who care for children under one year will be extended until the end of the year.

“The rising cost of living has put extra pressure on families, making it that much harder to get through the winter. As a Government, we are not indifferent to this and we are making every effort to improve the living conditions of people in our country”, assured President Boric, who made the announcements in the popular municipality of Quinta Normal, in Santiago de Chile.

Both Boric and his Finance Minister, Mario Marcel, had ruled out a winter IFE —as part of his own political force requested in Parliament—, precisely so as not to continue pushing inflation, which has reached 12.5% ​​in recent 12 months. Although the increase in the cost of living is a global problem, the president of the Central Bank, Rosanna Costa, assured a few weeks ago that two thirds of the inflation that Chile suffers is explained by internal factors, such as the “significant increase” in the demand in 2021 for the consecutive withdrawals of pension funds, approved in Parliament.

The aid package announced by the Government this Monday has a cost of 1.2 billion dollars and will be financed “without abandoning the commitment to fiscal responsibility,” said Boric, who has had to emphasize this issue since the presidential campaign, given the strong spending pressures that exist from their own coalitions. “We know and I am clear that after the pandemic our country and the world have not been able to recover. If we add the war in Ukraine, the drop in the price of copper and the rise in fuel, there is great pressure on families and as a government we cannot be indifferent”, explained the president, who today celebrated four months in power.

Marcel tried to put cold cloths to the new injection of circulating money and assured that it will not aggravate inflation. “These are measures focused on the sectors that need it most and, therefore, it will not impact inflation, which today responds more to the exchange rate and the price of food,” said the socialist minister. “The factor of domestic demand has been giving way to the extent that it has been moderating” in recent months, added the head of the Chilean fiscal coffers.

This Monday, the dollar closed again with a historical record against the local currency and during the day it exceeded 1,000 Chilean pesos. This is explained by the fear of a recession in developed economies, which has an impact on the price of copper, Chile’s largest export, which has accumulated falls of around 30% since the peaks of March to date. The devaluation of the Chilean peso occurs despite the fact that Marcel announced on June 26 the holding of an auction of up to 5,000 million dollars in the local market, the effect of which has been rapidly diluted.

Last week, the Minister of Finance made an appeal to the Central Bank – an organization that he presided over until entering the Government – ​​to share its own diagnosis on what is happening with the exchange rate: “It would be good, timely,” he said. the economist, in a statement that generated controversy, because these assessments of the exchange and monetary policy are not common from the Executive to an autonomous entity.

The Central Bank, in any case, ruled this Monday afternoon on the devaluation of the Chilean peso against the dollar and has anticipated measures, if necessary, for the proper functioning of external and internal payments.

Kim Kardashian, Emily Ratajkowski, Leonardo DiCaprio… The breakups of the ‘celebrities’ in 2022

Morocco strengthens military ties with Israel, supplier of the ‘suicide drones’ in the midst of the Western Sahara conflict | International

Eduardo Guerrero: “The Mexican narco is not weakened, it is stronger than ever”

By admin
Recent Posts
Latest News
Facebook Twitter WhatsApp Telegram
Back to top button
Close
Featured Posts
Henry Tarrio: The former leader of the Proud Boys, accused of conspiracy in relation to the attack on the Capitol | International
March 9, 2022

Henry Tarrio: The former leader of the Proud Boys, accused of conspiracy in relation to the attack on the Capitol | International

Why is Italy so difficult to govern? | on video

The trial of Kevin Spacey for alleged sexual assault begins in the United States
October 7, 2022

Iberia’s notice about the false raffles circulating on WhatsApp: “They are a fraud”
4 weeks ago

Iberia’s notice about the false raffles circulating on WhatsApp: “They are a fraud”

This will be ‘Los Ahijones’, the Madrid area where 19,000 new homes will be built

This is HAWK, the missile system from the 1960s that the Pentagon has already decommissioned and that Spain is now going to send to Ukraine
October 15, 2022

This is HAWK, the missile system from the 1960s that the Pentagon has already decommissioned and that Spain is now going to send to Ukraine

Macron begins the second five-year period with the most difficult objective: to reconcile a divided France | International
April 26, 2022

Macron begins the second five-year period with the most difficult objective: to reconcile a divided France | International

Fervor for Elizabeth II in Scotland… from almost everyone | International
September 12, 2022

Fervor for Elizabeth II in Scotland… from almost everyone | International

Cristina Kirchner: The attack against Fernández leads to a review of the security of Lula and Bolsonaro in Brazil | International
September 3, 2022

Cristina Kirchner: The attack against Fernández leads to a review of the security of Lula and Bolsonaro in Brazil | International

These are the breakdowns covered by the warranty of a second-hand car
October 27, 2022