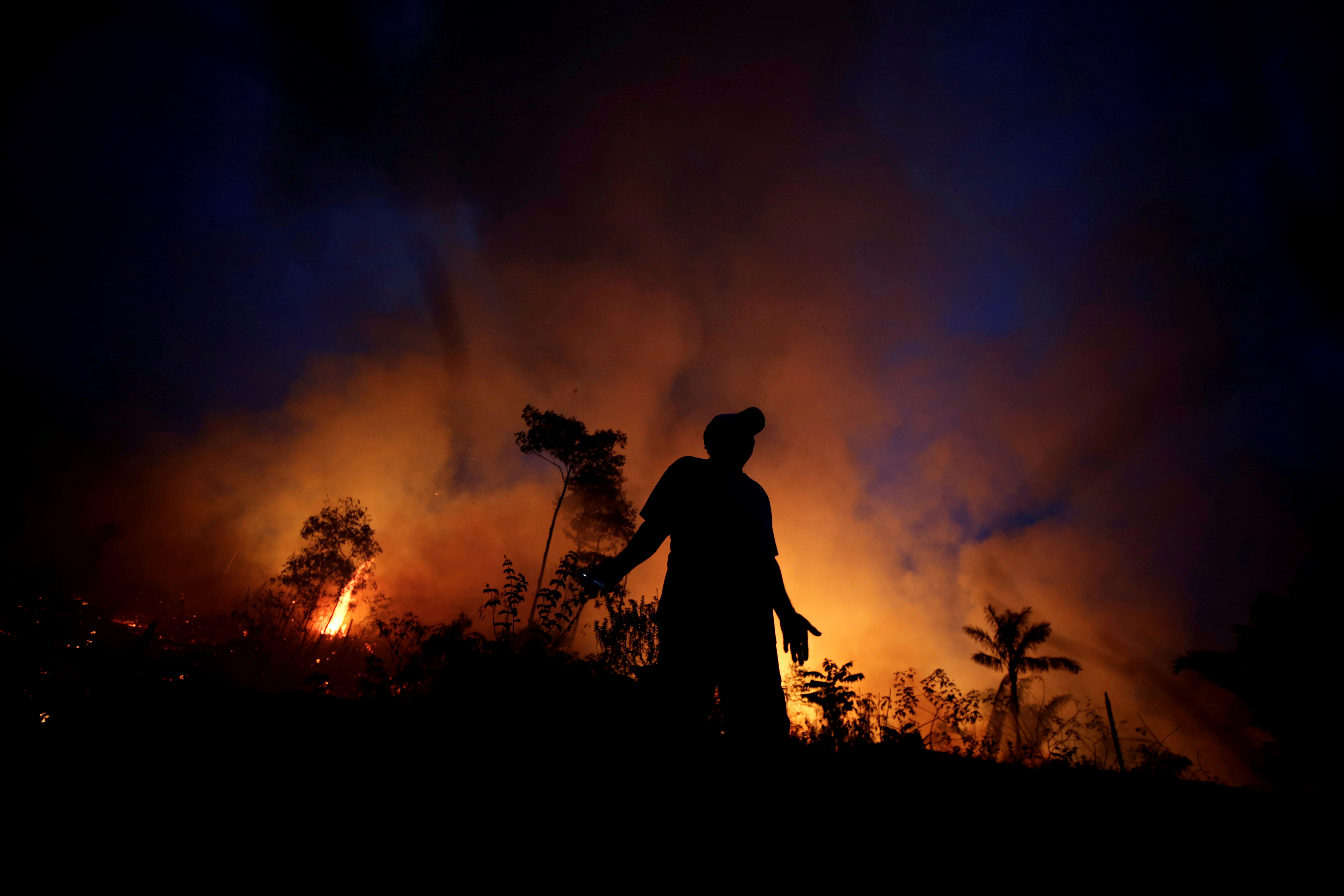 The Brazilian Amazon is burning again. Like every year in the dry season. In June, the satellites detected 2,562 sources of fire, according to official data from the National Institute for Space Research (INPE), linked to the Ministry of Science and Technology. It was the worst June since 2007, when more than 3,500 were detected. May was also a tragic month, with 2,287 fires, 96% more than the same month last year. And that is just the beginning. The worst could be yet to come, because the peak of fires usually occurs between August and September.

“The forecasts are very bad,” the geographer Ane Alencar, director of science at the Amazon Environmental Research Institute (IPAM). For this specialist and many other Brazilian environmentalists, to the factors that always explain the fires this year, another must be added: the presidential elections in October.

“Normally, a little before the elections there is always an increase in deforestation, because nobody pays attention (to what happens in the jungle), but in these elections it is much more evident. People don’t know what will happen next year, if another government will punish offenders, they don’t know what the environmental policy will be like. The attitude they are taking is ‘we are going to do everything possible to deforest and burn now’, because they know they will not be punished” for Jair Bolsonaro’s governmentExplain.

Environmental organizations such as Greenpeace and WWF also underlined the importance of the electoral factor: “With Bolsonaro behind in the polls, the invaders of public lands, the garimpeiros [mineros informales] and all those who sail in the prevailing impunity today feel that they have to run to consolidate their crimes, afraid that a new government could put an end to that party. It is a real race against Brazil, and until the end of the year we will see the size of that disaster”, he emphasized. In a note, the person in charge of public policies of WWF Brazil, Raúl do Valle.

In the Amazon, fires are directly linked to deforestation. Contrary to what happens in the forests of California or Australia, where fire often occurs naturally, in the tropical forest it is an external agent that goes hand in hand with man. It is not normal for the tropical forest to burn, but climate change is leaving the Amazon drier than normal, which facilitates combustion. Also, there is the ‘edge’ effect. Deforestation fragments the forest into a mosaic of small units, leaving the biome drier and more vulnerable. Even so, it would hardly burn from natural causes. The majority of fires are caused to destroy the vegetation destroyed in previous months and open space for the pastures of the livestock farms. “The more deforestation, the more fires,” summarizes Alencar.

Following that logic, this year could be especially virulent. In the first half of this year, 3,750 square kilometers of jungle (more than six times the size of the city of Madrid) were cut down, a record figure for the last seven years. If there is something that can mitigate the disaster, it is the effect of La Niña, which this year is still keeping the forest relatively humid, but if it returns to the parameters of a more or less normal drought, the fires will explode.

“It will be an explosion of fire,” warns the expert, who recalls that deforestation rates (and consequently, fires) have been gradually increasing since President Jair Bolsonaro came to power. There are two main factors that explain the increase: on the one hand, the current administration weakened the state environmental control bodies, such as the Brazilian Institute of the Environment (IBAMA), which barely fines violators. On the other hand, Bolsonaro’s denial speech has been interpreted on the ground as ‘anything goes’. Literally the law of the jungle. The Amazon, where the presence of the Brazilian State has always been extremely precarious, has in recent years become a lawless land that has the most eloquent example in the recent murder of journalist Dom Phillips and indigenist Bruno Pereira.

In August 2019, the fires were of colossal dimensions and captured the attention of half the world. They even provoked a diplomatic conflict with the French president, Emmanuel Macron. Bolsonaro, far from being daunted, blamed indigenous people and NGOs and continued to say publicly that the Amazon, being a humid forest, does not burn.

Despite the link between the increase in fires and the elections, experts are cautious about what an eventual change in government could mean for the Amazon rainforest. Public policies are destroyed in a flash, but they take a long time to build. Former President Lula da Silva, a favorite in the polls, speaks of the urgency of prosecuting environmental crimes and showcases past achievements. Between 2003 and 2013, illegal deforestation fell by 82%, mainly thanks to the efforts of its then-minister Marina Silva, who was in charge of the Environment portfolio until 2008.

But Alencar warns that it is not enough to change the president: “There also has to be a National Congress that works in favor. Results are possible, but they will be long term. When Brazil reduced deforestation, there were already established policies and a very strong political will. Now it will take more than political will, because much has been weakened. And also in a bankrupt country, without money. That will be the great challenge”, he predicted.

subscribe here to the newsletter of EL PAÍS América and receive all the key information on current affairs in the region.

Last minute of the war, live | Ukrainian forces repel Russian troops in one of the eastern provinces, but Moscow advances in the other | International

Argentina seizes a Venezuelan cargo plane with an Iranian crew

The viral video of a cat that jumps on a fish tank, enters it… and immediately regrets it

Venezuela: The UN concludes that opponents were tortured by government orders in a network of clandestine houses in Venezuela | International

National Strike: Disenchantment plays in politics one year after the social outbreak in Colombia | International
April 29, 2022

National Strike: Disenchantment plays in politics one year after the social outbreak in Colombia | International

A German boy who had been missing for eight days is found alive in a sewer | International
June 30, 2022

“My chiropractor sticks his finger in my ass to take out my coccyx”
October 11, 2022

Jorge Rey, who predicted Filomena, explains what the weather will be like this fall and winter
October 22, 2022

Jorge Rey, who predicted Filomena, explains what the weather will be like this fall and winter

Sichuan: An earthquake leaves at least 65 dead in China | International

Albert Batet, from Junts, warns in his reply to Aragonès that “October 1 is the way to go”
September 30, 2022

Albert Batet, from Junts, warns in his reply to Aragonès that “October 1 is the way to go”

The abrupt rise in the dollar puts a ceiling on Venezuela’s economic recovery | International
August 27, 2022

Biden returns to the correspondents dinner: “The truth matters. Democracy is not a reality show | International
May 2, 2022

Biden returns to the correspondents dinner: “The truth matters. Democracy is not a reality show | International