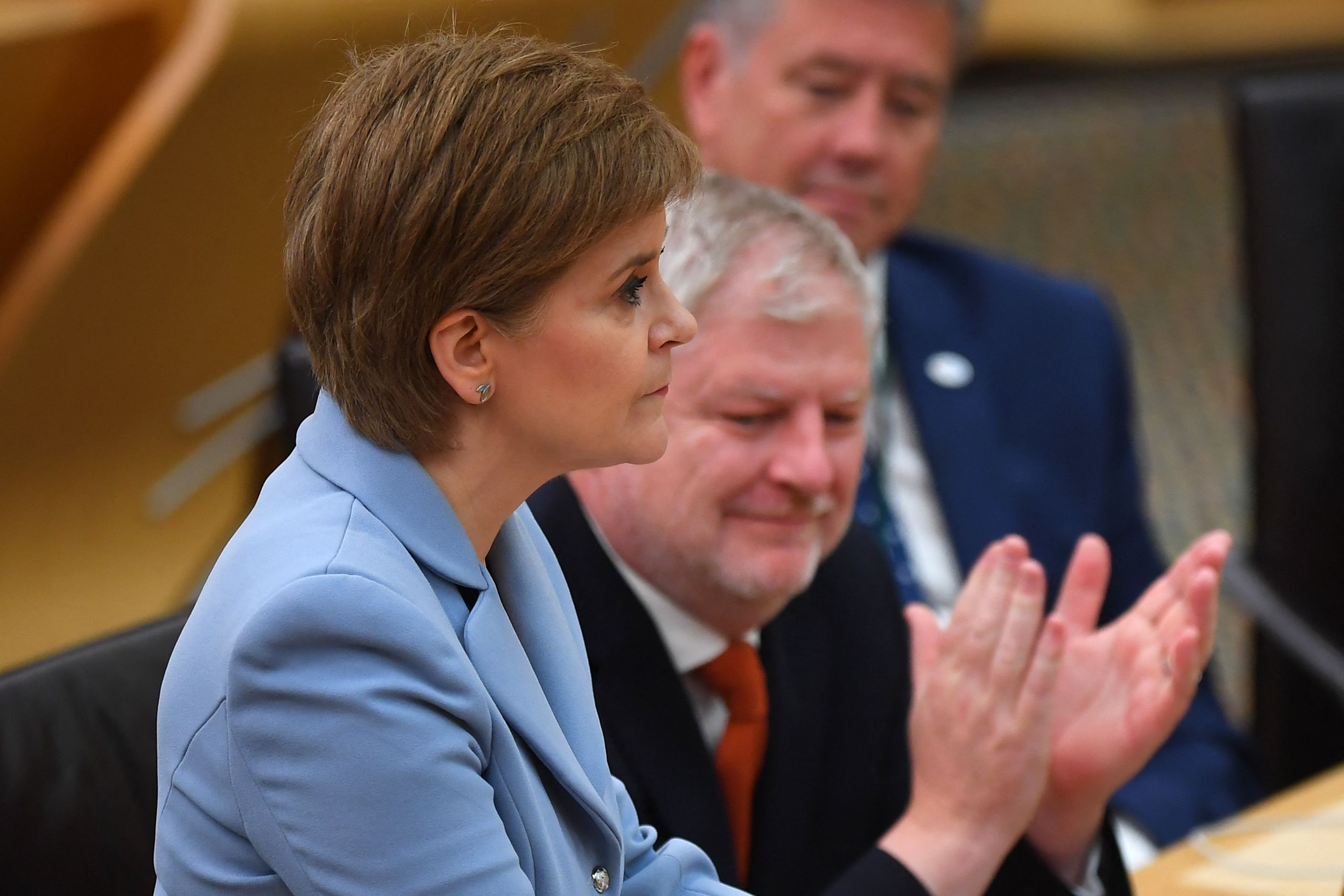 Scotland’s Chief Minister, Nicola Sturgeon, has given the green light to what promises to be the UK’s most intense legal and political battle for the next year and a half. The nationalist government of the Scottish National Party (SNP) has already drafted a new Scottish Independence Referendum Act, and has set a date for the next consultation: October 19, 2023. “Should Scotland be an independent country?” It will be the same question as the one in 2014. Then, 55% of voters rejected the separation from the United Kingdom, compared to 45% who supported it. The vote will be consultative, explained Sturgeon.

After that referendum, which divided the citizenry for many months and put the conservative government of David Cameron on the ropes, Brexit arrived. A stab in the back for many Scots, who voted overwhelmingly against it, and who had been threatened precisely two years earlier with an irremediable and painful exit from the EU if they opted for secession. And after Brexit, a pandemic that forged a huge public image distance between an apparently serious and effective Sturgeon, and a negligent and irresponsible Johnson for many of his critics. In May of this year, the Scottish National Party achieved an overwhelming victory in the Regional Elections, with a program that promised a new referendum. It was one seat away from the absolute majority, but with the support of the Greens, also defenders of the need to hold a new consultation, it was guaranteed that the vote would take place before the legislature was exhausted.

The path outlined by Sturgeon is more of an order than of certainty. The chief minister, who has always looked askance at the tragic end to which Catalonia’s independence drive led, has not stopped promising that the new referendum would always be legal. “I am determined to ensure a process that enables the people of Scotland, through their yes, no or indecision, to express their vision in a legal and constitutional referendum, so that the majority decision can be established in a fair way. fair and democratic”, said Sturgeon before the Autonomous Assembly of Holyrood.

He faces the resounding refusal of Boris Johnson, who has repeated on many occasions that he is not willing to allow a new independence referendum to be held in Scotland. When Cameron gave his go-ahead to the 2014 referendum, the so-called Scotland Act Section 30 Order was used, which allows certain powers to be transferred permanently or temporarily to Home Rule. In that case, it was about the ability to convene such consultations. Sturgeon is convinced, as many jurists defend, that this precedent allows Scottish parliamentarians to authorize a new referendum without the prior permission of London.

The chief minister has instructed the lord advocate of Scotland (the Government’s chief legal adviser), Dorothy Bain, to send the new law immediately to the UK High Court, to confirm or reject its legality at the outset. The Supreme Court, an institution of relatively new creation —it emerged in the era of the then Prime Minister, Tony Blair— performs a function of reviewing the constitutionality of laws or government acts. “The referendum must be legal, and that legality must be a fact, and not just an opinion,” said Sturgeon.

“In the event that the Supreme decides that the Scottish Parliament does not have the power to call an advisory referendum by law”, said the chief minister, “what it will have made clear is that the idea that the United Kingdom is a voluntary union of nations is a fiction.

The nationalist politician has sent a letter to Johnson in which he announced his decision and demanded a new negotiation: “You and I will never agree on the reasons that justify the independence of Scotland. But I expect from any Democrat who agrees with me that it is unacceptable that the right of the people of Scotland to make that decision be blocked, given the clear pro-independence majority in the Scottish Parliament right now,” Sturgeon told British Prime Minister.

In the event that neither the Supreme Court, nor the Johnson Government, nor the British Parliament gave their consent to the holding of a new referendum, explained Sturgeon, it would be clear that London does not respect the democratic right of self-determination that, according to the SNP They have the Scots. The party would go to the next regional elections – which at no time has suggested that they would be brought forward – with the sole program of achieving independence. “And those elections, they will become a referendum de facto”, has warned.

Direct | Cádiz receives an injured Atleti after the European nightmare

The EU calls on China to remain neutral in Putin’s war against Ukraine | International
April 1, 2022

NASA image of the Sun ‘smiling’ that alerts the scientific community
October 29, 2022

NASA image of the Sun ‘smiling’ that alerts the scientific community

The double struggle of Cristián Tinoco: cancer and the liberation of his father, a Sandinista hero | International
April 3, 2022

The double struggle of Cristián Tinoco: cancer and the liberation of his father, a Sandinista hero | International

Brazil: Congressman Silveira, the undisciplined police officer who embodies the pulse between Bolsonarism and the Supreme Court | International
April 15, 2022

Brazil: Congressman Silveira, the undisciplined police officer who embodies the pulse between Bolsonarism and the Supreme Court | International

70% of single parents, with only one child, will be “unprotected” in the Family Law, warn single mothers
6 days ago

70% of single parents, with only one child, will be “unprotected” in the Family Law, warn single mothers

Telefónica asks its customers to change Wi-Fi passwords after suffering a cyberattack
October 28, 2022