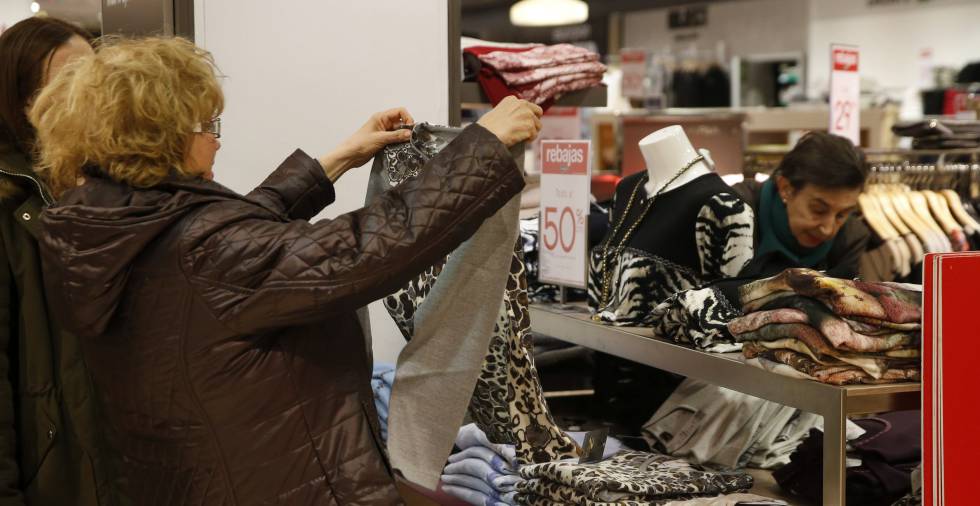 The large groups in the fashion sector have received two warnings in recent weeks from the European Commission. Thus, while the competition authorities have opened an investigation into possible price fixing, the Community Executive also wants to curb the environmental impact of fast fashion. To do this, it will require a percentage of recycled fibers, prohibit the destruction of clothing and increase transparency.

With two decisions separated in time by just two and a half months, the European Commission seems to want to tie the textile sector short on different flanks: that of sustainability and that of competition, in a territory where some of the large groups have emerged industry in this sector.

The most recent initiative became known when Brussels communicated, in the middle of the month, the start of a community-wide investigation into companies in the textile industry, due to suspicions that they had incurred in price agreements, forming a cartel, or in other practices contrary to free competition.

Although it did not detail the number, identity or origin of the investigated companies, the European Commission did specify that unannounced raids had been carried out “in the facilities of companies active in the fashion industry in several Member States. In parallel, the Commission has sent formal requests for information to various companies in the sector”. An investigation that will take months and that must show that the evidence found by the European authorities constitutes an infraction.

For this reason, the most far-reaching announcement that has shaken the textile sector on community soil is the one that took place at the end of March, when the European Commission gave the green light to its Strategy on Sustainable and Circular Textile Products, which says that, in order to 2030, “fast fashion should be out of fashion.” A strategy

“to make textiles more durable, repairable, reusable and recyclable in order to fight fast fashion, textile waste and the destruction of unsold textile products”, indicates the community entity. This argues that the consumption of textile products by Europeans is the fourth that has the greatest impact on the environment and climate change, and that it will grow by 63% until 2030.

For this reason, it will introduce new requirements so that garments sold in the EU environment have a minimum percentage of recycled fibers; will prohibit the destruction of unsold products; introduce a digital passport for garments; it will carry out controls so that the garments that claim to be sustainable are, with “more rigorous standards”; and will be more demanding with the production processes.

The express mention of “fast fashion” turns eyes on the textile giants. These, due to their financial capacity, have already started a transformation process, including their industrial partners, to change the composition of their garments.

Inditex already sells 47% of its products with the Join Life label, which identifies the most sustainable. The Galician giant aspires for 100% of its cotton to be organic, recycled or from “more sustainable” sources in 2023, and 100% of its linen by 2025. A few weeks ago, the textile company announced that it will buy 100 million in recycled textile fiber from the Finnish firm Infinited Fiber Company.

H&M, its great rival, aspires that in 2025 all its polyester is recycled, or that 30% of the composition of its garments is from recycled materials. The goal for 2030 is for that percentage to be 100%.

Mango also sets 2025 as the year to reach 100% recycled polyester, as well as that all cellulosic fibers have a controlled origin. By then, it also wants 100% of the cotton to be sustainably sourced. Finally, the Japanese Uniqlo set the goal that 50% of the composition of its garments come from recycled materials in 2030.

The European strategy does not seem as focused on these large groups as it is on SMEs and other emerging brands that are difficult to scrutinize. And there appears the Chinese Shein, valued at 100,000 million dollars, which in April launched a “sustainable” collection with recycled polyester, although without detailing its composition. It does detail that, every day, it adds more than 1,000 new references to its store.

► Consumption. According to data from the European Commission, each European throws away an average of 11 kilos of textile products each year. In addition, the equivalent of a truckload of clothing is thrown into a landfill or incinerated around the world every second. Between 2000 and 2015, it nearly doubled, prompting Brussels to try to make the clothes Europeans buy more durable.

► Work. Brussels also puts more than 1.5 million people employed in the community textile sector, which is made up of more than 160,000 companies. The turnover of these totaled 162,000 million euros in 2019. The Commission describes that the sector is made up “essentially of small and medium-sized companies”.

Can the employer suspend the Christmas bonus?

Keys from the NATO summit in Madrid: Russia, enlargement and terrorism | International

Trump reigns in the conservative ‘magaverse’ with an extremist speech | International
August 7, 2022

Trump reigns in the conservative ‘magaverse’ with an extremist speech | International

Gabriel Boric rescues the epic of Salvador Allende in his first speech as president | International
March 12, 2022

“If you start something before anyone else, people will say that this is not how things are done”
1 week ago

“If you start something before anyone else, people will say that this is not how things are done”

The daughter of ultra-nationalist ideologue Alexander Dugin, close to Putin, dies in an explosion | International
August 21, 2022

The daughter of ultra-nationalist ideologue Alexander Dugin, close to Putin, dies in an explosion | International

Élisabeth Borne, the technocrat who meets (almost) all the requirements to be Prime Minister of France | International
May 17, 2022

Élisabeth Borne, the technocrat who meets (almost) all the requirements to be Prime Minister of France | International

“It couldn’t make me happier to marry you”