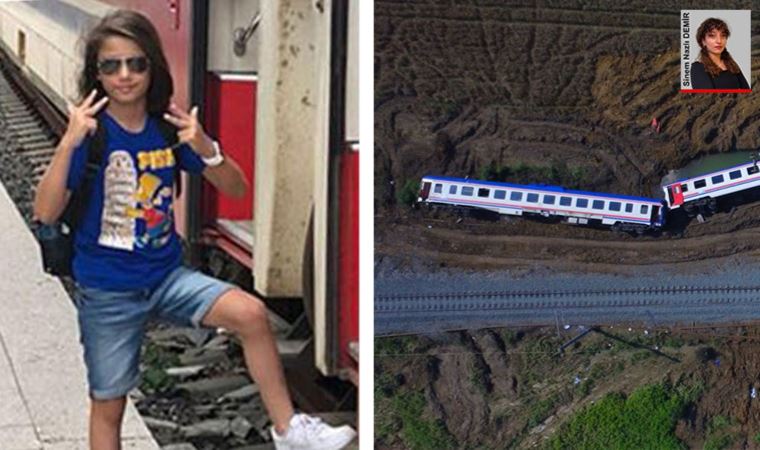 The 10th hearing of the train massacre in the Çorlu district of Tekirdağ on July 8, 2018, in which 25 people died and 328 people were injured, was postponed due to the court’s letter to the Çorlu Chief Public Prosecutor’s Office for an investigation to be carried out.

“WE SAID WE CANNOT END IT”

Öz stated that there was no indictment at today’s hearing and that they actually went to watch the exchange of documents. “If there is no indictment, the case will not work. Unfortunately, we went there to exchange documents and take a roll call. We do not have a situation to monitor the exchange of documents. We stressed that we had no patience for days before. Neither our lawyers nor the delegation had anything to say.” used the phrases.

“OUR LIVES HAVE BEEN KILLED DUE TO NEGLIGENCE”

Öz said that the reason why lawyer Can Atalay could not attend was that they wanted to silence Atalay, adding that it was the legal right of families to have Atalay in court. Expressing that the disaster in Çorlu was not an accident but a massacre, Öz concluded his words as follows:

On July 8, 2018, the passenger train, which was moving from Uzunköprü to Istanbul, derailed as the culvert under the rails slipped while passing near Çorlu. In the accident in which 5 wagons fell, 25 people, including 7 children, died and 328 people were injured, the youngest being 7 months old.

In the indictment, it was requested that the defendants Turgut Kurt, Özkan Polat, Çetin Yıldırım and Celaleddin Çabuk be sentenced to 2 to 15 years in prison for “causing death and injury by negligence” on the grounds that they were found to be “essentially defective in the occurrence of the accident”. There has been no result in the case for four years and the defendants are still on trial pending trial. The hearing held today was postponed to October 5, as the indictment was not prepared.

“Alarm bell” before getting cancer, go to the doctor immediately

Check Also
Close
Göksel Tail, whose dog was killed in front of his eyes, started a petition
5 mins ago

Göksel Tail, whose dog was killed in front of his eyes, started a petition

Amusement train derails at the amusement park in Giresun: 4 injured, 1 seriously
2 hours ago

By admin
Recent Posts
Latest News
Facebook Twitter WhatsApp Telegram
Back to top button
Close
Featured Posts
Who is İrem Yaman, who joined the IYI Party? Where is İrem Yaman from, how old is she?
June 22, 2022

The Greek Prime Minister has crossed the line again! TRNC brought its indigestion to the US Congress
May 17, 2022

The Greek Prime Minister has crossed the line again! TRNC brought its indigestion to the US Congress

1 soldier was martyred in the Claw-Lock Operation region

It got dark and we see that all the work stopped. No intervention at this time
4 weeks ago

It got dark and we see that all the work stopped. No intervention at this time

Ukraine .. 44 bodies found under the rubble for two months