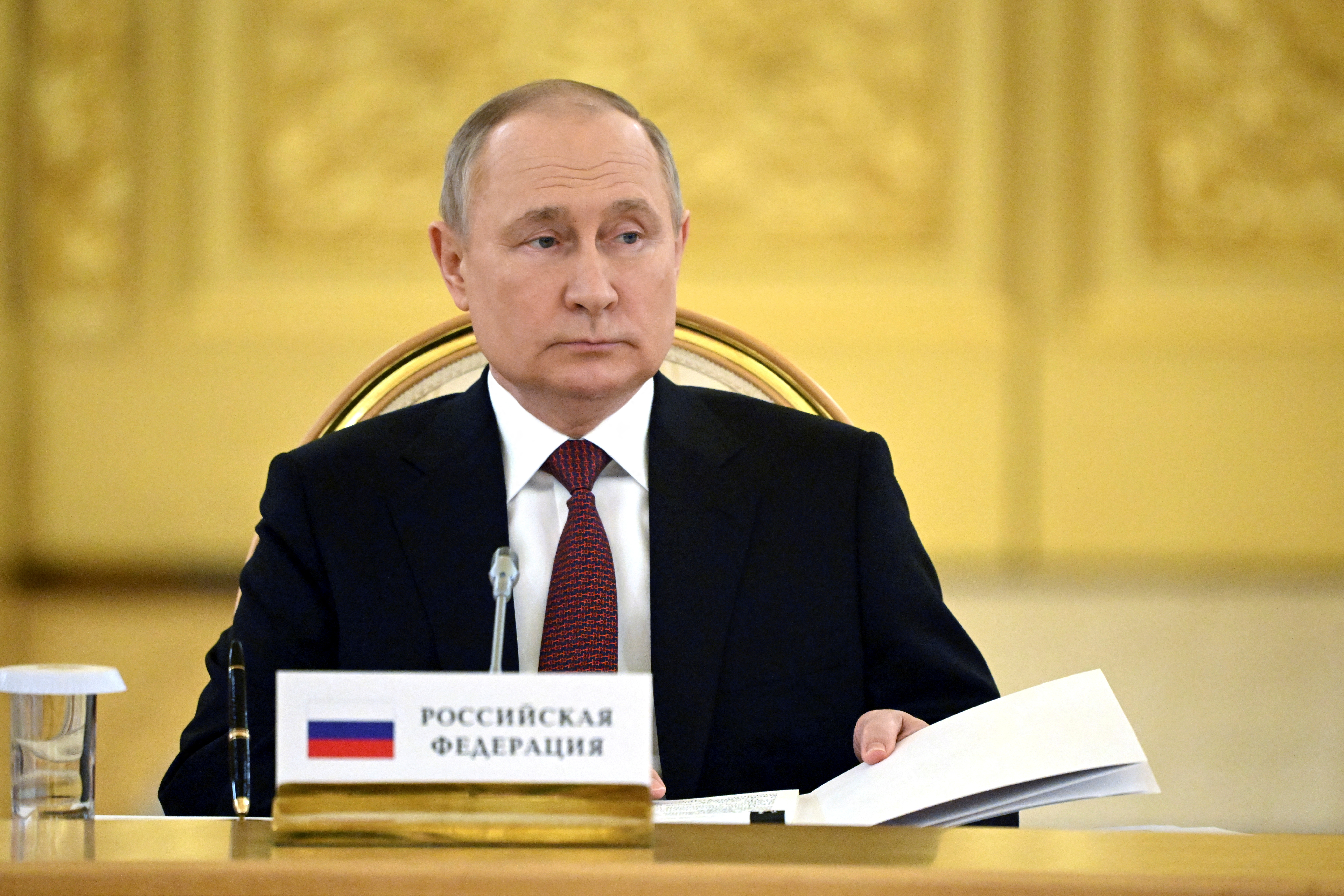 Russian President Vladimir Putin assured on Monday that the Nordic countries’ accession to NATO would not pose a “problem” or “immediate threat” to Moscow. if it does not imply the deployment there of military bases and missiles. “As for the [potenciales] new members of the Atlantic Alliance, Finland and Sweden, I would like to inform you that Russia has no problems with those states and, therefore, the enlargement to those countries does not generate an immediate threat to Russia”, the president stated at the meeting. in the Kremlin of the Collective Security Treaty Organization (CSTO), the military alliance of several former Soviet republics led by Moscow.

Putin has relativized this foreseeable expansion of NATO, despite the fact that before the invasion he demanded, in order to withdraw his troops from the Ukrainian border, the Alliance’s expulsion of all Baltic and Eastern European partners. In any case, he has issued a warning: “The expansion of military infrastructure – a euphemism for missiles and bases – into that territory will provoke a response from us. This will be based on the threats created against us.”

Last week, the Russian Foreign Ministry also warned Finland that it would take “military-technical measures”, the same formula it used with Ukraine in December, if it threatened its national security. That month, Putin also assured that the expansion of NATO posed the threat that there would be nuclear missiles “minutes from Moscow”, although this weaponry has not moved to the east of Germany, despite the incorporation of the Baltic countries into the Alliance. , Poland and Romania almost two decades ago.

The entry of Helsinki and Stockholm (for which they will benefit from an express process) would mean 1,300 more kilometers of border with NATO for Russia, even if no more weapons were deployed there. Article 5 of the Alliance obliges allied states to come to the defense of one of the partners if it is attacked. Both countries already have powerful Armed Forces.

The meeting of the military alliance of former Soviet republics, held on the 30th anniversary of its creation, has been marked by two concerns for the Kremlin: friction with its partners over the offensive in Ukraine and its development after almost three months of fighting. “The members of the CSTO showed their solidarity in January, you remember the Kazakh events,” Belarusian President Aleksandr Lukashenko told the rest of the leaders, just before he rebuked Kazakhstan for supporting Western sanctions. “Today, too, is it possible to affirm that we are united by ties of solidarity and support? It seems not,” she added.

Kazakh President Kasim-Yomart Tokáyev received several thousand CSTO soldiers at the beginning of the year to disperse demonstrations against his government over rising fuel prices for cars. However, the Central Asian country is also suspicious that Moscow has too much power over it, more so with the precedent of the offensive in Ukraine. Turkey and Russia dispute having Kazakhstan (a multi-ethnic state with a quarter of the Russian population) in their areas of influence. In April, the deputy head of the Office of the Kazakh President, Timur Suleimenov, was emphatic: “We will do everything possible in Kazakhstan to control any investment coming from a sanctioned entity or person, we want to openly convey this to the Europeans.” In addition, the country canceled this year the celebration of Victory Day, something that other partners have blamed.

“It is a priority task to jointly defend the memory of the victory in the Great Patriotic War [como se conoce la Segunda Guerra Mundial en Rusia] and to oppose any attempt to whitewash the Nazis, their accomplices and their modern followers,” Putin stressed. Along the same lines, the president of Kyrgyzstan, Sadyr Zhaparov, repeated his congratulations on Victory Day several times and insisted on protecting the collective memory.

Putin listened to the concerns of his Central Asian partners about the flow of terrorists and drug trafficking from Afghanistan. The Taliban government has been an ally of the Kremlin since the withdrawal of the United States last August, despite the fact that the Russian authorities declared it a terrorist in the past. “They tell us that there are extremists everywhere. Yes, it is true, one way or another they come out of hiding and show themselves, but nowhere else are Nazis glorified at the state level and thousands of neo-Nazis march in torchlight processions,” he noted.

He also promised to keep his CSTO partners informed about the offensive in Ukraine and claimed to have proof that the United States has developed “dozens of laboratories” in the post-Soviet space “to create biological weapons components.” Washington has repeatedly explained that the objective of these centers is to help countries after the end of the USSR to have points of detection and prevention of pandemics, such as the 2009 swine flu, since these know no borders.

’20minutes’ celebrates the delivery of the XVI edition of the Creators Awards, follow it live

What to do with a bar of chocolate, pistachio cream and coconut oil

Biden tests negative for covid again, but will continue to be isolated until a new test is carried out | International

By admin
Recent Posts
Latest News
Facebook Twitter WhatsApp Telegram
Back to top button
Close
Featured Posts
A man searches from ‘And now Sonsoles’ for the one who ran over and ended the life of his father: “He has destroyed a family”
23 hours ago

A man searches from ‘And now Sonsoles’ for the one who ran over and ended the life of his father: “He has destroyed a family”

Joaquín Prat is surprised to recognize that he identifies with Íñigo Onieva after his infidelity to Tamara Falcó
September 29, 2022

Argentina: The day they tried to assassinate Cristina Kirchner
September 3, 2022

Argentina: The day they tried to assassinate Cristina Kirchner

Lula maintains his lead over Bolsonaro in the final stretch of the polls | International
September 26, 2022

What are the symptoms of schizoaffective disorder, an illness that seriously affects relationships with others
September 29, 2022

Criticism of Mariló Montero for his words in ‘Everything is a lie’ to a surgeon: “Lower your tone everyone”
3 weeks ago

Criticism of Mariló Montero for his words in ‘Everything is a lie’ to a surgeon: “Lower your tone everyone”

you won’t prevent being robbed if you press the ‘cancel’ button twice nor will you notify the Police if you put the pin in backwards
October 27, 2022

The Government doubles the aid to Volkswagen up to 367 million after the threat of not opening the Sagunt gigafactory
October 25, 2022

Echenique criticizes Feijóo for saying a “bullshit” and indicating that the families that contribute the most deserve more help
October 15, 2022

Direct | Cádiz receives an injured Atleti after the European nightmare

“We are going to rape them”: the complaints of harassment in schools in Chile pose a challenge for the feminist government of Boric | International
April 4, 2022

“We are going to rape them”: the complaints of harassment in schools in Chile pose a challenge for the feminist government of Boric | International