It took place in the Çınar District of the Esenyurt District, which triggered the Istanbul Provincial Security Directorate. According to the allegations and the findings of the Istanbul Police, a large-scale fight broke out among the residents of the neighborhood. The subject was reflected on social media as “Syrians are fighting with guns and randomly shooting at the people”. An investigation into the incident has been initiated. It was determined that the fight took place not between the Syrians, but between the residents of the neighborhood. T.C., who is younger than 18 years old. and İ.A. It was determined that four people named BS and ES had a fight, the residents of the neighborhood were included in the fight, and warning shots were fired into the air to end the melee, which was lied to by the police. Five people, T.Ç., İ.A., BS, BS and ES, who were involved in the incident were detained and action was taken against them for the crime of “Deliberate Injury”. The five people in question were released after their statements. 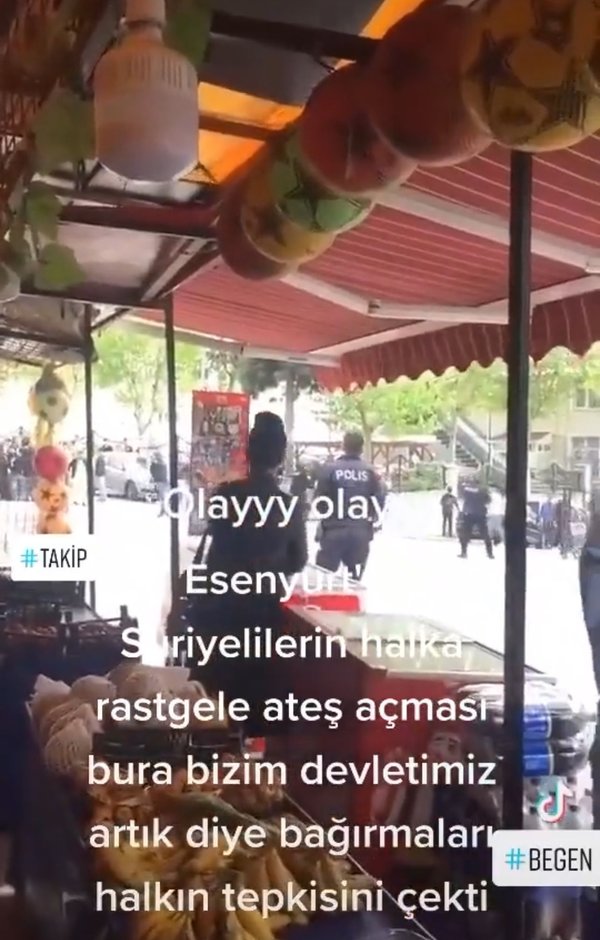 White goods sales have decreased, the decline in Euro is pushing the sector

First applause for Zelenski at Cannes

Amusement train derails at the amusement park in Giresun: 4 injured, 1 seriously
1 hour ago

The dams provoke a crisis between Iran and Turkey… and a “denounced” comment from Tehran
May 10, 2022

Woman who fell into a cliff with her cow dies

‘Our loss is approximately 90 thousand TL’

The President of Israel will visit Turkey within weeks
February 15, 2022

The President of Israel will visit Turkey within weeks

The sentence of the accused who killed the woman who wanted to divorce became clear
May 13, 2022

Last minute: Rainfall alarm in Istanbul! Traffic is blocked…
May 18, 2022

Feed prices increased after the increase in milk
May 14, 2022

Feed prices increased after the increase in milk

The repercussions of Russia’s invasion of Ukraine reach space… and NASA is looking for alternatives
March 1, 2022