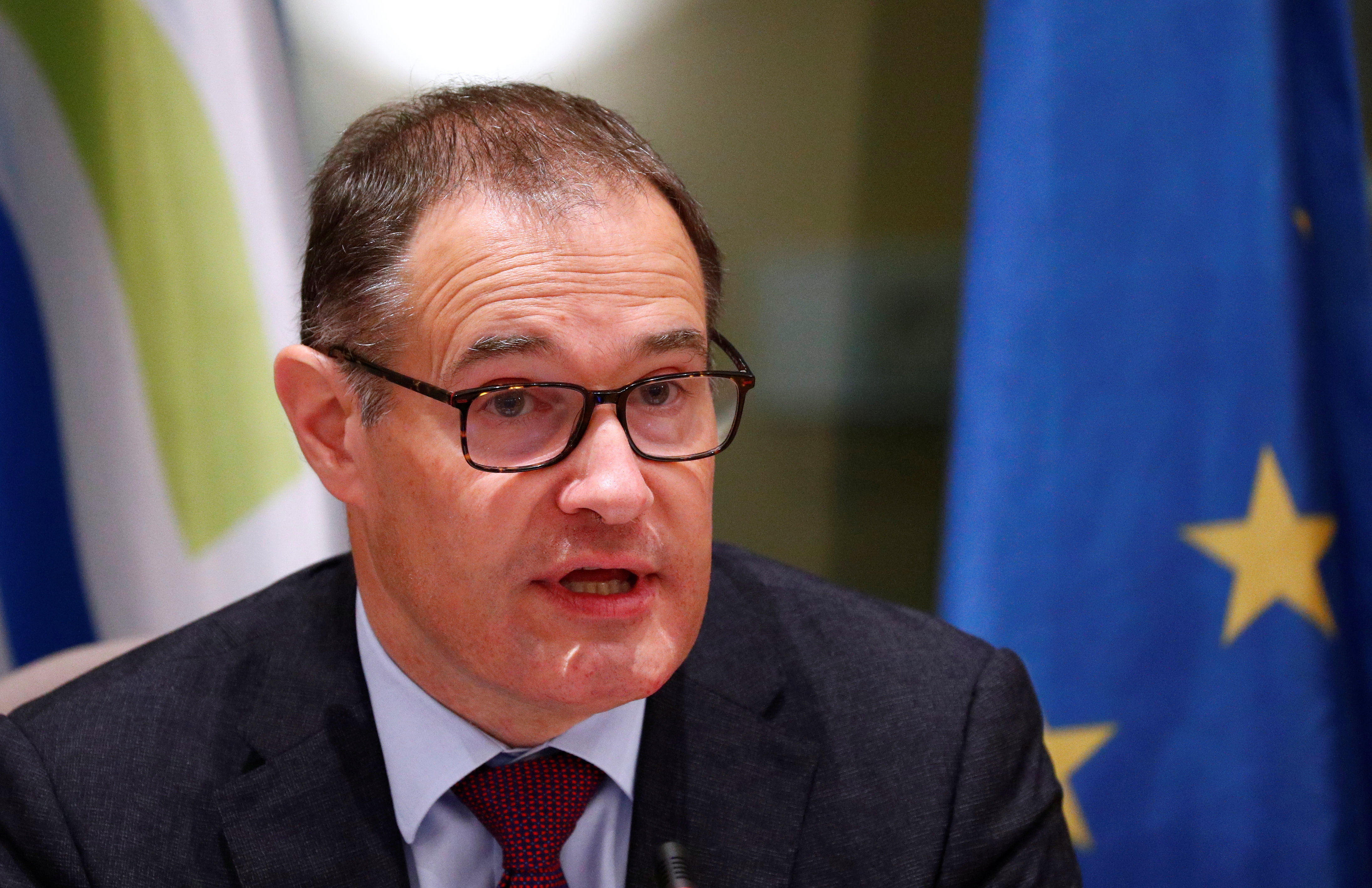 The executive director of the European border agency (Frontex), Fabrice Leggeri, has decided to resign from the post. Surrounded by various scandals related to the hot returns of migrants and the opacity of his management, after a thorough investigation by the European Anti-Fraud Office (OLAF) into his conduct at the head of the agency, Leggeri has decided to dismount from the leadership of the organization based in Warsaw. “I return my mandate to the Board of Directors [de Frontex]”, he says in a letter written this Thursday, to which EL PAÍS has had access.

In the letter, addressed to Alexander Fritsch, Chairman of the Agency’s Council, Leggeri confirms the loss of trust placed in him: “It seems that the Frontex mandate for which I was elected and renewed in June 2019 has been changed drastically. silent but effective”, he laments. The letter was written after a very tough hearing before the Council also held on Thursday in which the executive director was able to present his arguments. At the meeting there were real “hachazos”, according to a source with access to it.

The decision is still pending to be accepted by the Council, which is meeting this Friday, but given the atmosphere experienced the previous day, everything seems to indicate that it will be accepted. In the letter, the executive director even requests – if the resignation is accepted – to be able to enjoy his remaining annual vacations, “which amount to 61 days”.

Leggeri, a 54-year-old senior French official, trained at the elite National School of Administration, began his career at the helm of Frontex in 2015. He rode the great refugee crisis in Syria and, during his tenure, the number of agency’s budget (up to 543 million euros) and the creation of its own police force has been approved, which will eventually have 10,000 troops deployed on the borders: the first armed force in the EU.

Leggeri was renewed in 2019, but shortly after, throughout 2020, he began to plan the scythe over his post, as numerous pieces of evidence about illegal refoulement at European borders and the lack of control over them were published in the international press. them by Frontex and its top management.

Leggeri’s resignation comes after the body’s Council decided, at the end of March, to temporarily suspend the powers of the executive director to make decisions on key parts of Frontex’s organization chart, a first blow against the French whose objective was to avoid movements that would undermine possible consequences of OLAF’s compromising investigation.

The investigations of the anti-fraud office began in 2021 and have tightened the fence around Leggeri and his closest team on suspicion of harassment, misconduct and possible hot returns of migrants. OLAF’s report is not yet public, but there are many indications of its harshness. On February 28, for example, the director general of the anti-fraud office, Ville Itälä, presented his results to members of the European Parliament in confidence. “The report proves that senior Frontex officials (including Leggeri) knew about and covered up push-backs in Greece, including the case of a raft that was left adrift full of people and without an engine, which is a very common practice in Greece” , explains a source from the European Parliament present at the hearing.

In a record of the decision of the Frontex Council taken in March against Leggeri, to which EL PAÍS has had access, it is stated that already then several countries demanded the provisional suspension of the executive director. Others insisted on suggesting that he take sick leave, considering that the fence around his figure prevented him from acting correctly in the face of one of the biggest humanitarian crises in the recent history of the EU, with the entry to date of more than four million refugees from Ukraine on Community territory. Finally, he has opted for resignation.

At the March meeting, Leggeri tried to put together one last defense of his legacy. He justified his decisions as head of the agency, arguing that in executing them he took into account the defense of a community partner, such as Greece, and assured that he conceives of Frontex as an organization whose actions affect national security, as evidenced by the fact that there are third countries such as Turkey or, recently, Belarus, which use migrants and refugees as a hybrid weapon against the EU, according to the act.

Leggeri has been losing blow by blow the confidence of the majority of members of the Frontex Board of Directors, in which the Member States sit in addition to the European Commission. OLAF’s investigation has been the final straw in a barrage of scandals related to alleged abusive behavior and human rights violations at European borders that Frontex’s leadership was aware of, but suspected of not reporting or duly investigated.

Leggeri has faced numerous complaints and evidence published in the press in recent months. From the European Ombudsman to the European Parliament, investigations have been launched into the management of the person in charge of Frontex and the possible violations of human rights violations at the EU borders. The Warsaw-based agency itself was forced to launch an internal investigation.

The arguments put forward again and again by the CEO have long since ceased to be convincing in Brussels. At the beginning of 2021, while the European Commissioner for the Interior, Ylva Johansson, demanded greater “transparency” from Leggeri, the Director General of Migration of the Commission accused him, in a letter, of presenting explanations “in a misleading manner” before the Executive of the EU and in their appearances before the European Parliament.

The evidence has been growing against him. When at the end of 2020 the European Commission demanded that the agency detail a list of possible incidents that could be classified as illegal returns, Frontex responded with a letter listing more than 30 suspicious cases that occurred between the months of April and November 2020 in the waters of the Aegean Sea, all of them in the framework of the Frontex joint surveillance operation with the Greek coast guard. Eleven of the episodes reviewed in the letter had some type of evidence of a possible hot return, including video images, and instead of clarifying points of darkness, they seemed to cast even more suspicion on Leggeri’s management and Frontex’s conduct.

In his resignation letter, Leggeri has a few words of final recognition for his colleagues: “Thank you especially to the very dedicated colleagues with whom I have worked during these years”. And he concludes with a final thought: “I will always be grateful for this invaluable experience at Frontex”.

First words of Ana Rosa Quintana before her IMMINENT return to television: the most anticipated reaction

Heavy rains persist and keep five communities on alert, one of them in orange

Bolivian politics is “drugged” with accusations in all directions | International

War in Ukraine: Chernihiv buries its dead after the Russian siege | International
April 19, 2022

War in Ukraine: Chernihiv buries its dead after the Russian siege | International

An empty throne in Westminster: Charles of England replaces Elizabeth II for the first time at the opening ceremony of Parliament | International
May 10, 2022

An empty throne in Westminster: Charles of England replaces Elizabeth II for the first time at the opening ceremony of Parliament | International

Tehran acknowledges at least 35 dead in protests after the death of a detainee for wearing the wrong veil | International
September 24, 2022

Russia is reluctant to leave the G-20 so as not to become an international pariah | International
March 24, 2022

James Winburn, the original ‘Michael Myers’ from ‘Halloween Night’, dies at 85
2 weeks ago

Two Hellfire missiles aimed at a balcony in the center of Kabul: this is how the US has killed Ayman al-Zawahiri | International
August 3, 2022

Two Hellfire missiles aimed at a balcony in the center of Kabul: this is how the US has killed Ayman al-Zawahiri | International