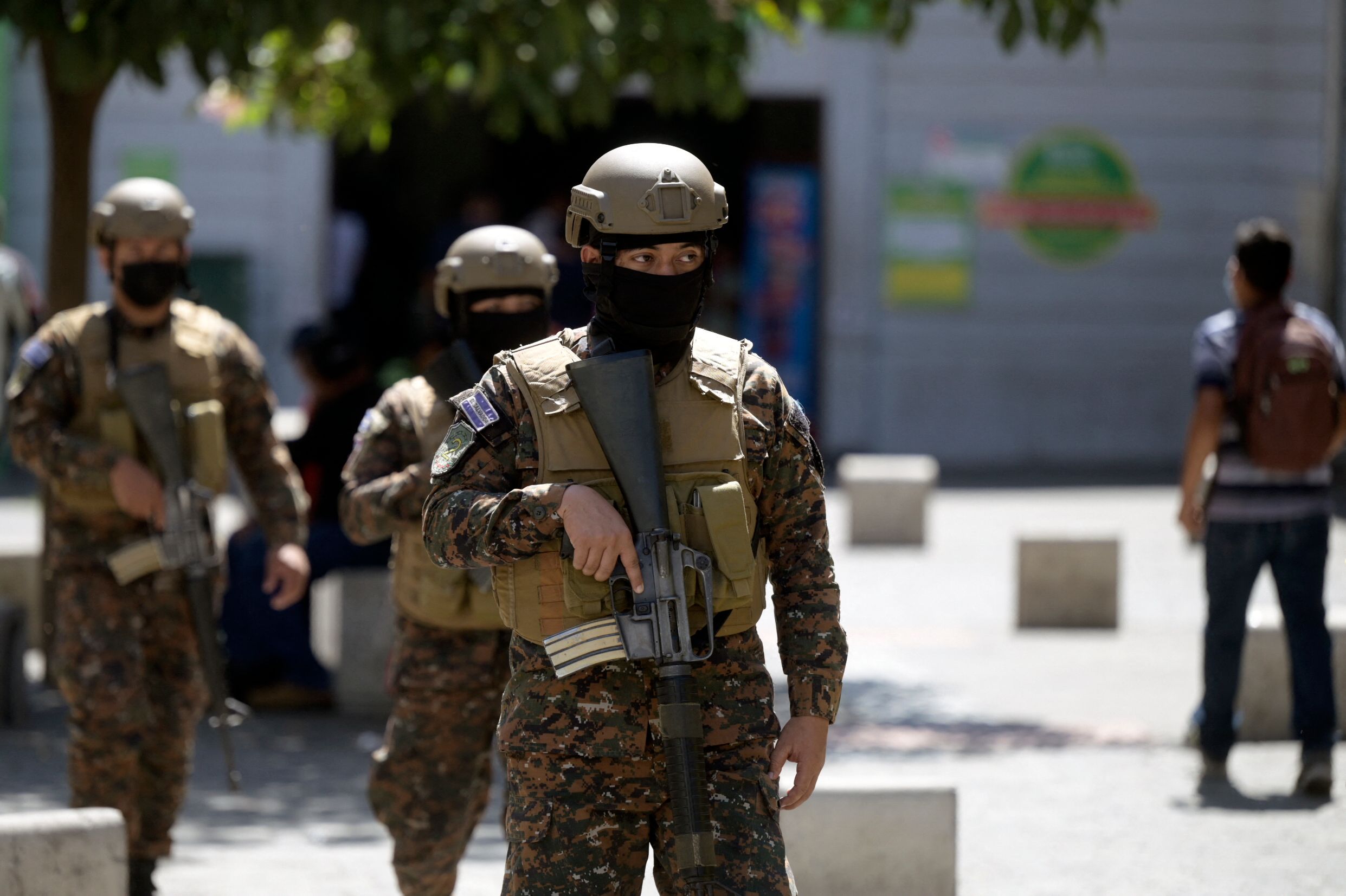 The honeymoon that the violent gangs of El Salvador had with Nayib Bukele has been blown up in recent hours with the murder of 76 people in just two days. To the 14 dead on Friday are added the 62 this Saturday, in what is the most violent day in the country’s recent history since the end of the civil war, according to official figures.

Bukele’s response was not long in coming and, as the death toll became known, the Congress of El Salvador decreed an emergency regime early this Sunday with the intention of curbing an “excessive increase” in murders, which has put the government’s strategy in check.

For the fast-track approval of his new powers, the president invoked article 29 of the Constitution, which contemplates the suspension of constitutional guarantees in the event of “war, invasion of territory, rebellion, sedition, catastrophe, epidemic or other general calamity, or serious disturbances of public order.

I request the @AsambleaSV decree today EXCEPTION REGIME, according to article 29 of the Constitution of the Republic.

The state of emergency, which will initially last 30 days, allows Bukele to restrict the freedom to enter and leave the country, freedom of expression, the inviolability of correspondence or the prohibition of the intervention of telecommunications without a court order. Freedom of association and the right to be informed of the reasons for an arrest were also suspended, and the term of detention was extended to 15 days, when the usual time is 72 hours.

The measure, approved by 67 deputies out of a total of 84, was a mere formality for Bukele, who already exercises power in Congress with an iron fist, where his party has 64 congressmen. Before requesting the state of exception, Bukele issued a threat to the judges who are tempted to deal with possible human rights violations by the public force: “we will be aware of the judges who favor criminals,” he wrote on Twitter.

Until this bloody weekend, the Bukele government and the three Salvadoran gangs, MS13, La 18 and 18-R, with an ‘army’ of almost 70,000 people dedicated to extortion and homicide throughout the country, maintained a secret pact with the government that allowed violence in El Salvador to be reduced to levels never seen before. The agreement granted prison privileges and stopped the extradition of the leaders, among other benefits, in exchange for ending the homicides. The pact, insistently denied by Bukele, but revealed by the newspaper El Faro and confirmed by the United States, has so far allowed him to govern with high popularity rates thanks, among other things, to the security achieved in the streets. Experts are now trying to find out what went wrong or what agreements were broken so that the gangs have reacted in this way. This weekend’s massacre also included a clear message to the president where it hurts him the most, since one of the bodies was abandoned in Surf Citya tourist complex near the capital with which Bukele is exhibited to the world as the President cool from a country that operates in Bitcoin.

The @PNCSV and the @FUERZARMADASV they must let the agents and soldiers do their job and must defend them from the accusations of those who protect the gang members.

The @FGR_SV must be effective with cases.

And we will be aware of the judges who favor criminals.

Nayib Bukele, who came to power in June 2019, attributes the pacification of the country to his ‘Territorial Control Plan’, a security program that involves the deployment of the Army in the streets and that has managed to drastically reduce the homicide rate by passing from ten daily deaths to three, which has allowed El Salvador to leave the list of the most violent nations in the world. Those figures were blown up this weekend by adding ten dead on Friday and more than 60 on Saturday, some of them chosen at random. According to a security source quoted by La Prensa Gráfica and who preferred to speak on condition of anonymity, among the dead this weekend “There are victims chosen at random. A man who was digging holes in the street and without a word was killed. A fruit seller, a baker, the customer of a workshop. It is a clear message to the Government. They, the gangs, want something and apparently the government has not given it to them,” he said. So far, the authorities have not given the reasons behind the increase, but the weekend figures leave no room for doubt that the message has been sent.

A Cuba that does not arrive | International

The reason why oniomania arises, the addiction to compulsive purchases

Ana Rosa Quintana, excited, reappears on television after months away from cancer
October 10, 2022

Ana Rosa Quintana, excited, reappears on television after months away from cancer

The EU reaches an agreement on the refugee distribution mechanism in the event of a migration crisis | International
June 10, 2022

From Maria to Fiona: the nightmare of the hurricanes repeats itself in Puerto Rico | International
September 20, 2022

From Maria to Fiona: the nightmare of the hurricanes repeats itself in Puerto Rico | International

At what point did he pass away? Why didn’t anyone find out? Everything that is known about the woman found dead on the Madrid-Vigo train
2 weeks ago

At what point did he pass away? Why didn’t anyone find out? Everything that is known about the woman found dead on the Madrid-Vigo train

The Russian couple fleeing the war in Ukraine: “We are ashamed of our passport” | International
March 12, 2022

The Russian couple fleeing the war in Ukraine: “We are ashamed of our passport” | International

The arms manufacturer Instalaza, one of the targets of the letter bombs and which manufactures the C-90 that Spain has sent to Ukraine
3 days ago

The arms manufacturer Instalaza, one of the targets of the letter bombs and which manufactures the C-90 that Spain has sent to Ukraine

“If he makes the gesture of the pacifier, he does not step on the field again”
1 week ago

“If he makes the gesture of the pacifier, he does not step on the field again”

Spain, to the final for gymnastics teams, with Joel Plata in the lead
November 1, 2022

Spain, to the final for gymnastics teams, with Joel Plata in the lead